The school is divided into five houses

Jonathan Ive was born in Chingford, London. He was raised by his teacher father and attended Chingford Foundation School. He went on to attend Walton High School in Stafford, Staffordshire, and then studied Industrial Design at Northumbria University (Newcastle Polytechnic at the time). [2]

Jonathan Ive, CBE (born February 1967) is a British designer and the Senior Vice Presidentof Industrial Design at Apple Inc. He is the principal designer of the iMac, titanium and aluminum PowerBook G4, MacBook, unibody MacBook Pro, iPod, iPhone, and iPad. 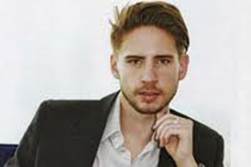 Dominic McVey (born 1985) is a British entrepreneur from Walthamstow who started business at the age of 13, importing micro-scooters from the United States into the United Kingdom.

He was a millionaire by the age of 15. As of 2011, he is worth £10 million (approx. US$12 million) according to the Sunday Times Rich List. By the age of 18 he was quickly appointed by Her Majesty the Queen ‘As a Pioneer for Britain in Entrepreneurism.’

Dominic McVey's big break in business came when he was just 13 - and it came because he had the chutzpah to write to an American company and ask them to give him a motorised scooter.

Jill Barklem was born in Epping in 1951. After an accident when she was thirteen, she was unable to take part in PE or games at school and instead developed her talent for drawing and art. On leaving school, she studied illustration at St Martin's in London. Barklem is a full-time illustrator, working on the expanding series of books about the mice of Brambly Hedge. She spent five years on research before she started to write her first stories about the mice of Brambly Hedge.[1] Her interest in natural history and her curiosity about traditional rural customs and crafts have spilled over into these chronicles of hedgerow life. 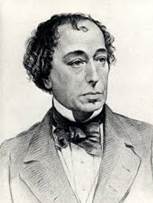 Benjamin Disraeli, 1st Earl of Beaconsfield, KG, PC, FRS, (21 December 1804 – 19 April 1881) was a British Conservative politician, writer, aristocrat and dandy who twice served as Prime Minister. He played a central role in the creation of the modern Conservative Party, defining its policies and its broad outreach. Disraeli is remembered for his influential voice in world affairs, his political battles with the Liberal spokesman William Ewart Gladstone, and his one-nation conservatism or "Tory democracy". He made the Conservatives the party most identified with the glory and power of the British Empire. He is to date the only British Prime Minister of Jewish birth. 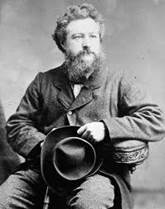 William Morris (24 March 1834 – 3 October 1896) was an English artist, writer, textile designer and socialist associated with the Pre-Raphaelite Brotherhood and English Arts and Crafts Movement.[1][2] He founded a design firm in partnership with the artist Edward Burne-Jones, and the poet and artist Dante Gabriel Rossetti which profoundly influenced the decoration of churches and houses into the early 20th century. As an author, illustrator and medievalist, he helped to establish the modern fantasy genre, and was a direct influence on postwar authors such as J. R. R. Tolkien. He was also a major contributor to reviving traditional textile arts and methods of production, and one of the founders of the Society for the Protection of Ancient Buildings, now a statutory element in the preservation of historic buildings in the UK.